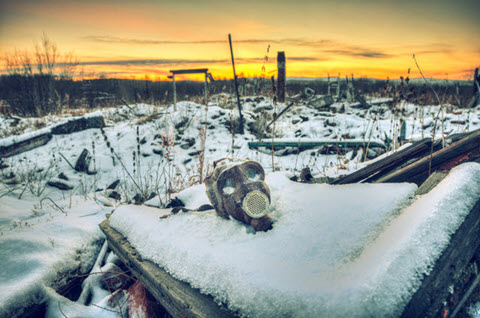 You did survive the immediate catastrophe of the impact? Congratulation!

But there is no reason to celebrate.

Calculation models about the course of such a nuclear winter may be partly controversial, but the major volcanic eruptions of the recent past (Krakatau/Indonesia 1883 and Eyjafjallajökull/Iceland 2010) give a pretty good foretaste. Just expect those consequences with a factor of 1'000'000'000.

Did you find refuge in a survival shelter during the first weeks and months?
You won't like what you'll find when you open the door.